In our last blog, we told you about Oklahoma grower Wayne Carter and his plans to expand his sod business. You can read Part 1 here. His location and his dedication to growing only the highest-quality sod in the most efficient way resulted in six challenges that water management experts from Valley Irrigation helped him overcome.

Now we’ll tell you about challenges 4 through 6.

That was the next step: converting the diesel pumps to electric. “Wayne has a full quarter at the bottom, plus two half circles, all of which were then being irrigated with siderolls,” Chohon said.

“As long as we caught a rain, the diesel pumps could keep up, but when it was dry, it was hard,” Carter added. 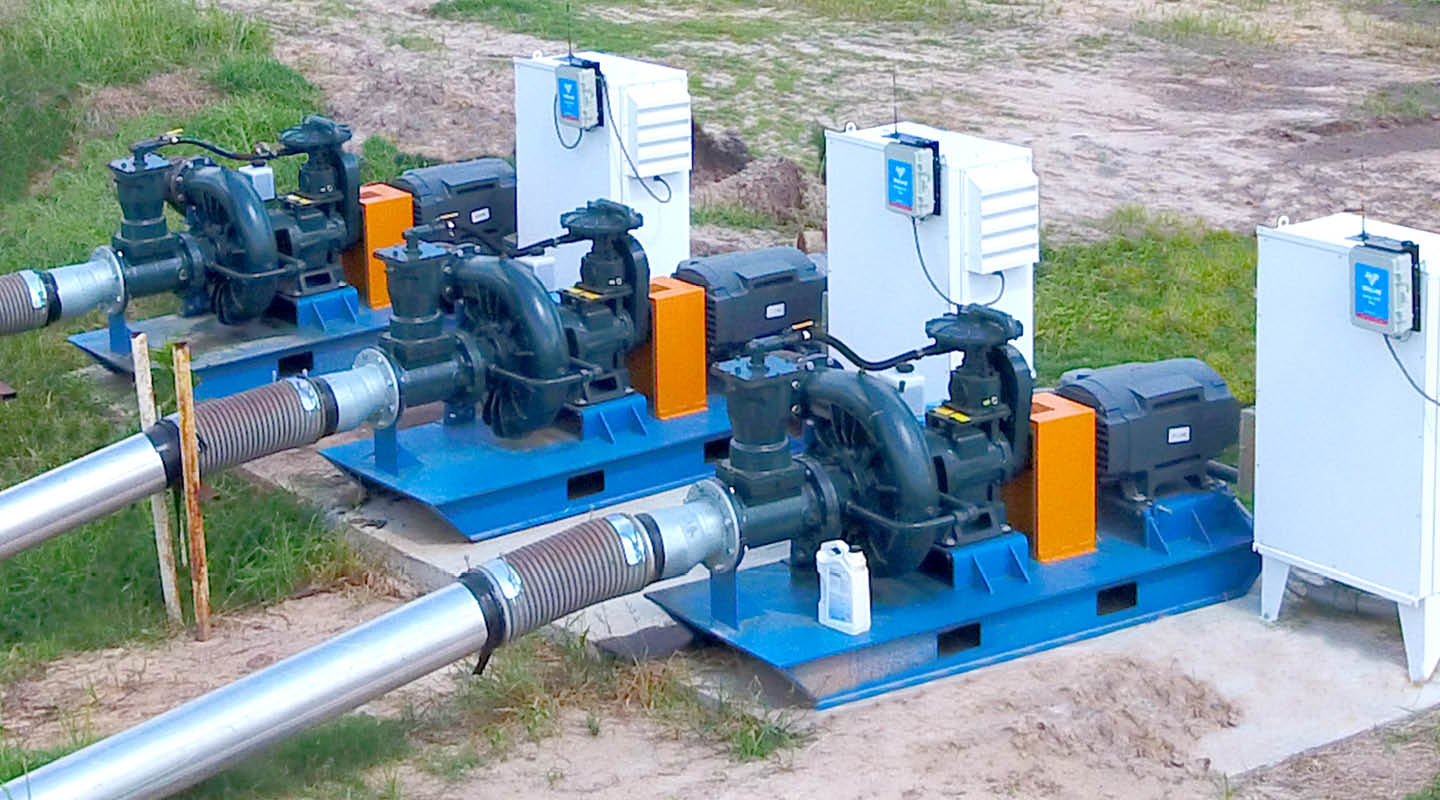 They installed seven identical new centrifugal pumps, all with Yaskawa VFDs. One pump supplies the pre-existing 12-inch line that goes to the pivots on the bottom; two pumps supply the new, 18-inch pipe to a pond that functions as a “cushion reservoir” to re-pump. From there, three more large pumps reach the top level. In addition, one booster station was converted from diesel to electric.

“Overall, we try to be more efficient, conserving water and fuel wherever we can,” Carter said. “Since switching from diesel pumps, we don’t have to do oil changes anymore.”

“The whole pumping setup reaches all the way back to the river,” Marshall said. “The VFDs make equal use of all the pumps, and allow him to run them all at the same time if he wants.”

The top level of Carter’s sod farm rests on wind-blown sandy ground that needs frequent watering. The performance of their siderolls left a lot to be desired.

One problem was that siderolls lost a lot of water when they drained them. “We could’ve watered a bunch more and not had to re-pump,” Carter said.

Drainage wasn’t the only issue while using sideroll. The water pressure needed to be much higher, and because they’re in a windy area, sideroll irrigation meant they had to shoot the water 30 feet one way. There were obvious inefficiencies with that setup.

As previously mentioned, the bottom ground is “a bit tighter,” while the top plateau is sandy. They spend six months laser grading and bulldozing to get it right. “The plan with the combo of lower, tighter ground and higher, sandier ground is to have grass to cut at any time of year,” Carter explained. 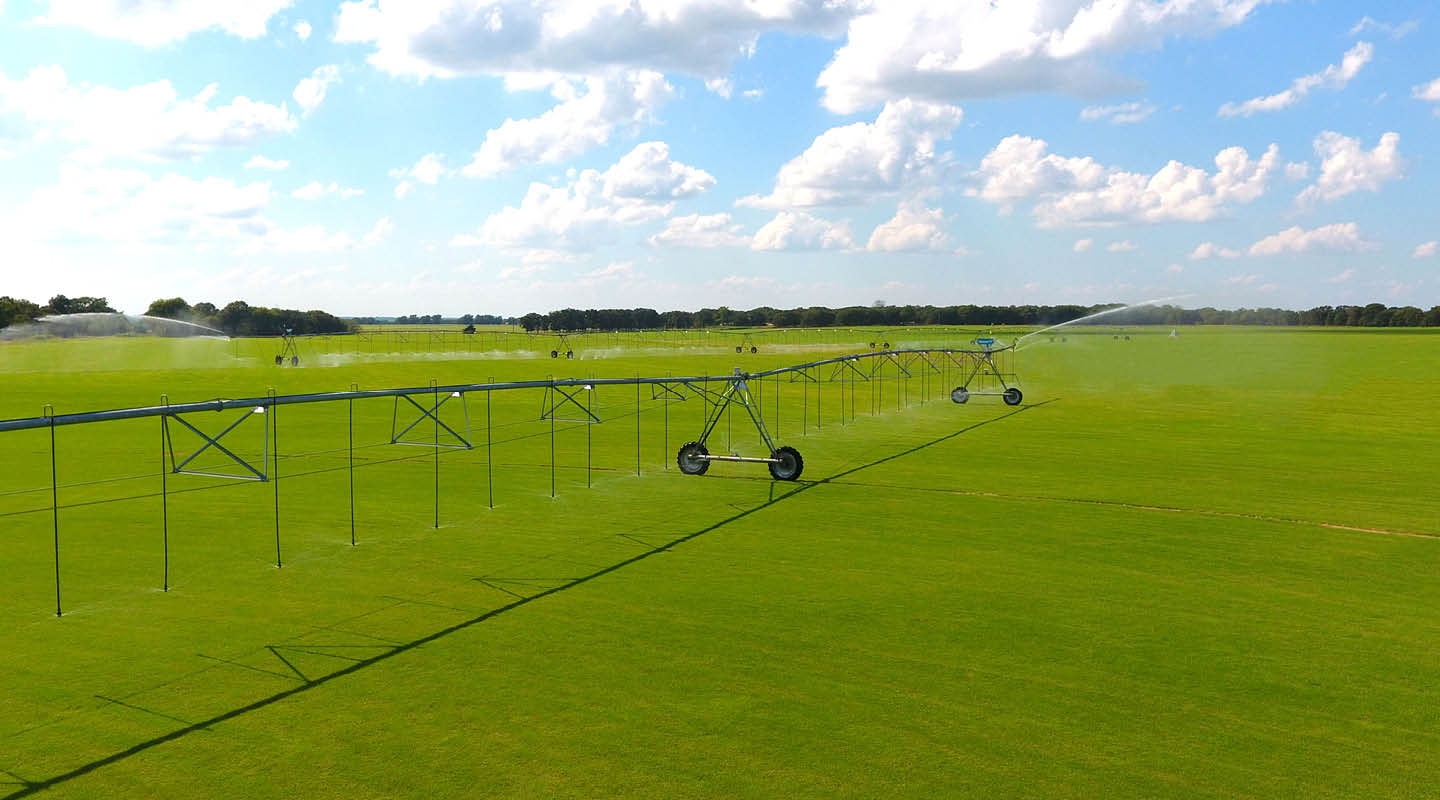 Now there are eight center pivots on that top level, including three 7-tower pivots and three with three towers. “We get pretty much every inch,” Carter said. “Very little is not watered now.”

And the precision that pivot irrigation allows means they also no longer need to dilute fertilizer when applying.

Complete automation was the last – but definitely not least – of their goals. Even Carter’s grass cutters are automated; he understands the benefits that automation can bring. Seven new pumps and 10 additional pivots could mean a lot more work, without smart irrigation solutions from Valley.

Chohon put ICON panels with ICON Link on all the new pivots, connecting everything through AgSense for remote irrigation management via smartphone, tablet or desktop computer.

“With Crop Link, Wayne can turn on the pivots and pumps together and ramp up or down based on demand,” Chohon said. “Crop Link can control more than one pivot, and they’re wired to Nelson valves so when the pivot quits, the water automatically quits.” 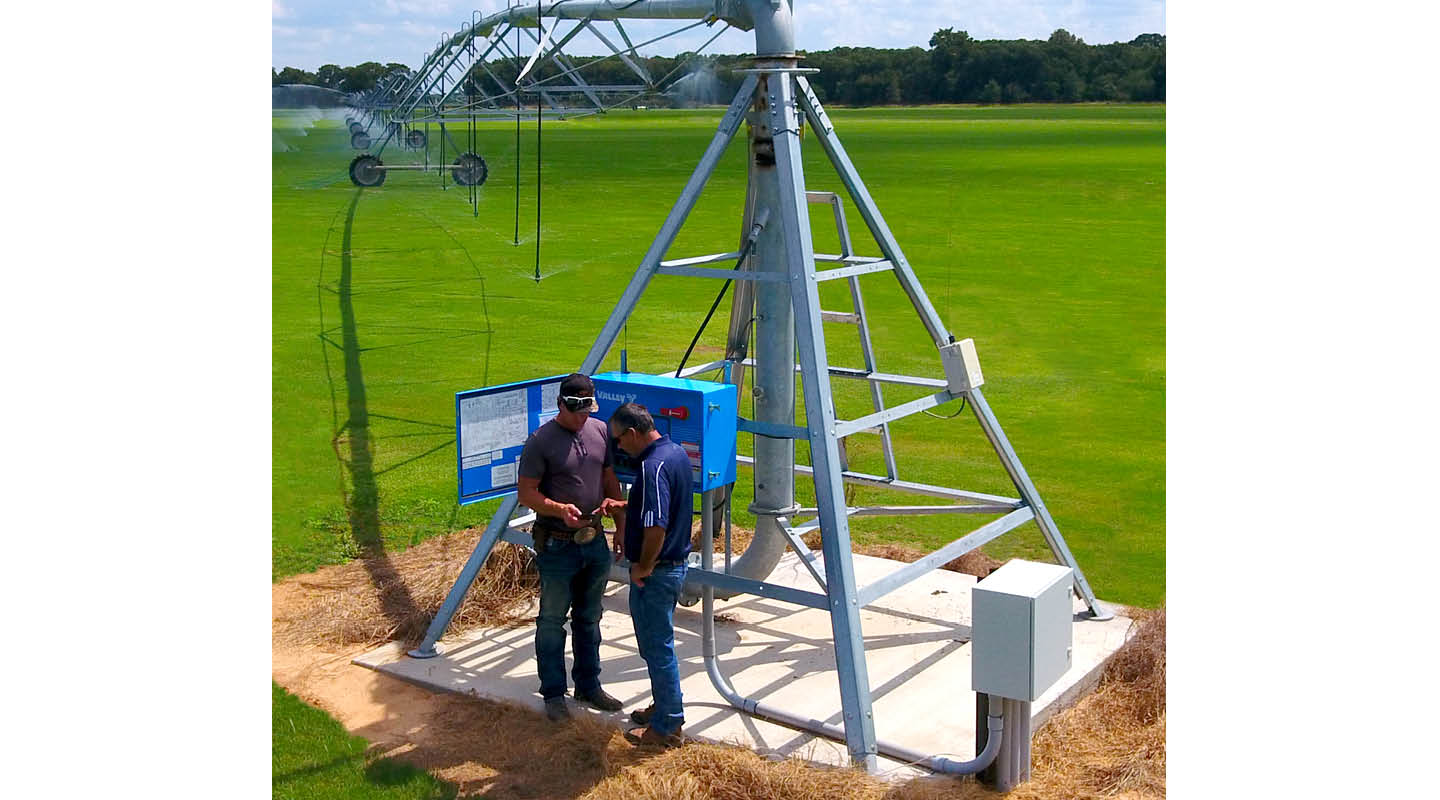 Carter says his pivots from other brands will soon have ICONX installed, for full touch control of his entire fleet of pivots on the Valley network. “Remote management will let us micromanage it to the best condition. Not everybody can – or wants to – manage it like we do. It’s too much work.”

And then there’s always the unforeseen, he adds. “I look forward to alerts that will tell me if something isn’t working.”

The project took time and effort, but everyone involved believes it will be well worth the investment.

Carter appreciates the expert assistance he got from his Valley dealer. “Ken is really, really a good guy,” Carter said. “A lot of thought went into making this work, from pipe size to pumping. He helped me design it, and it was more him than me.”

“The project started about three years ago,” Chohon said. “It was one of the bigger projects I’ve done, with the complications stemming from re-use of existing lines.”

“We had to do it to stay in business,” Carter said. “We had to cut costs; throughout the next year it will pay for itself.” Plus, he estimates that the last batch of pivots and pumps will double his production.

Plus, he says he will cut his energy spending by two-thirds. “We’re a ways away from knowing water savings, but I’m confident we will save a bunch there, too.” 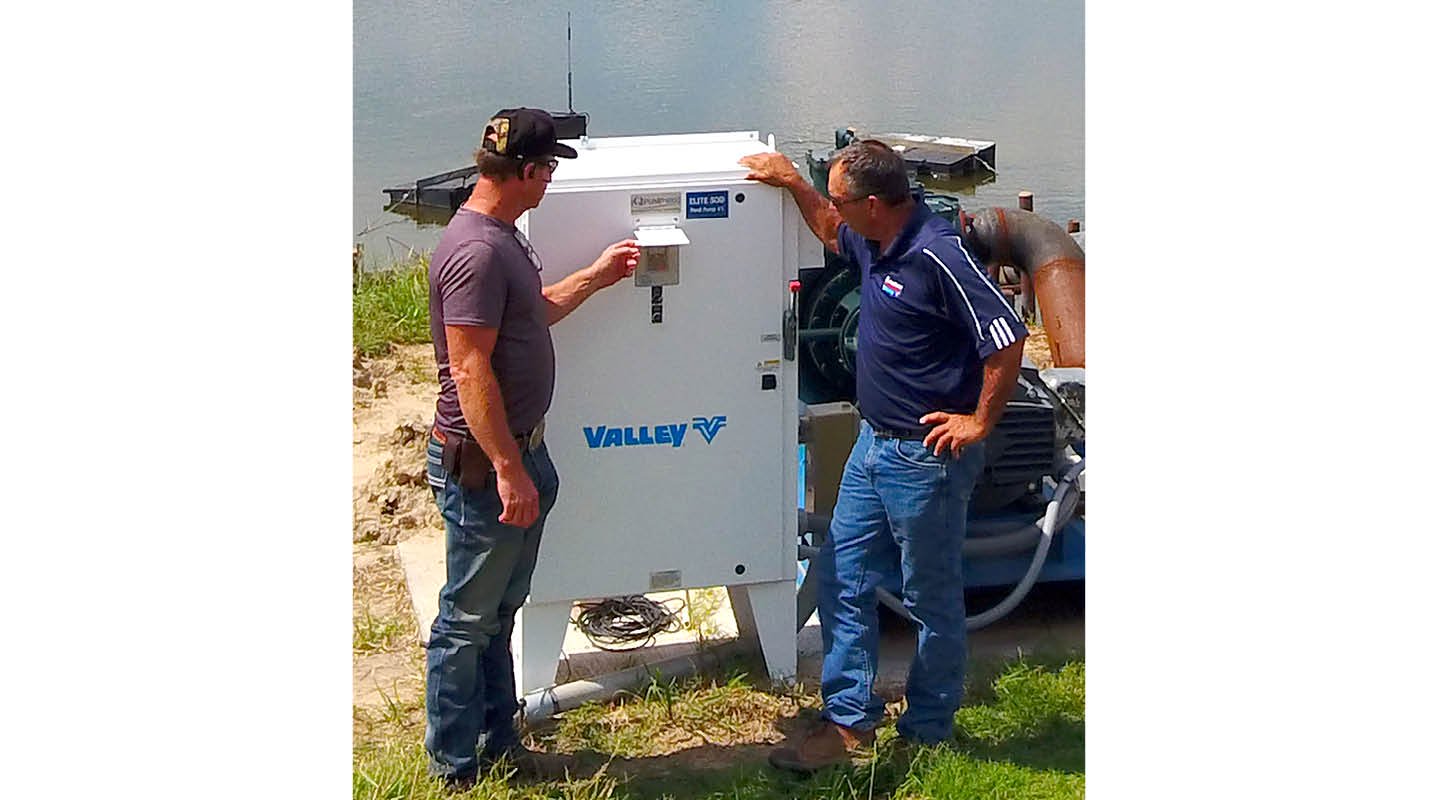 The water management experts from Valley installed a 100% turnkey farm that will help Wayne Carter cut his energy spending by two thirds.

Next year, Carter plans to do another 100 acres. “We have the pivot on it already, but we have to kill off the grass to re-do it,” he says. “Eventually we’ll do the same to our other 800 acres.”

Marshall says the biggest advantage of a 100% turnkey Valley farm is simplicity. “Growers come to one person for support. In Wayne’s case, we even did a one-day training and went over the whole farm and how to get the most out of the operation. We were able to show them the whole gamut, from integrating flowmeters into CropLink to reporting. Valley is a one-stop shop.”

Overall, Carter said, the project was the difference between making it and not making it. “Nothing we do is playing around. It’s serious business. We could go broke tomorrow if the economy goes bust. There aren’t many farmers left around us.”

To make the most of your bottom line with a turnkey Valley far, contact your local Valley dealer today.