“A Matter of Survival”

The Coruripe Group is one of the top sugarcane companies in Brazil, producing approximately 14.5 million tons of sugarcane every year. More than 84% of their sugarcane is irrigated, which Irrigation Coordinator Sandra Maria da Silva says benefits their operation in many ways.

“Irrigation results in improvements in soil preparation, field longevity and productivity,” he says. “Last harvest, we saw a 54.11% gain in tons per hectare in the irrigated areas compared to the non-irrigated areas.”

"Irrigation is a matter of survival for sugarcane production,” da Silva concludes. 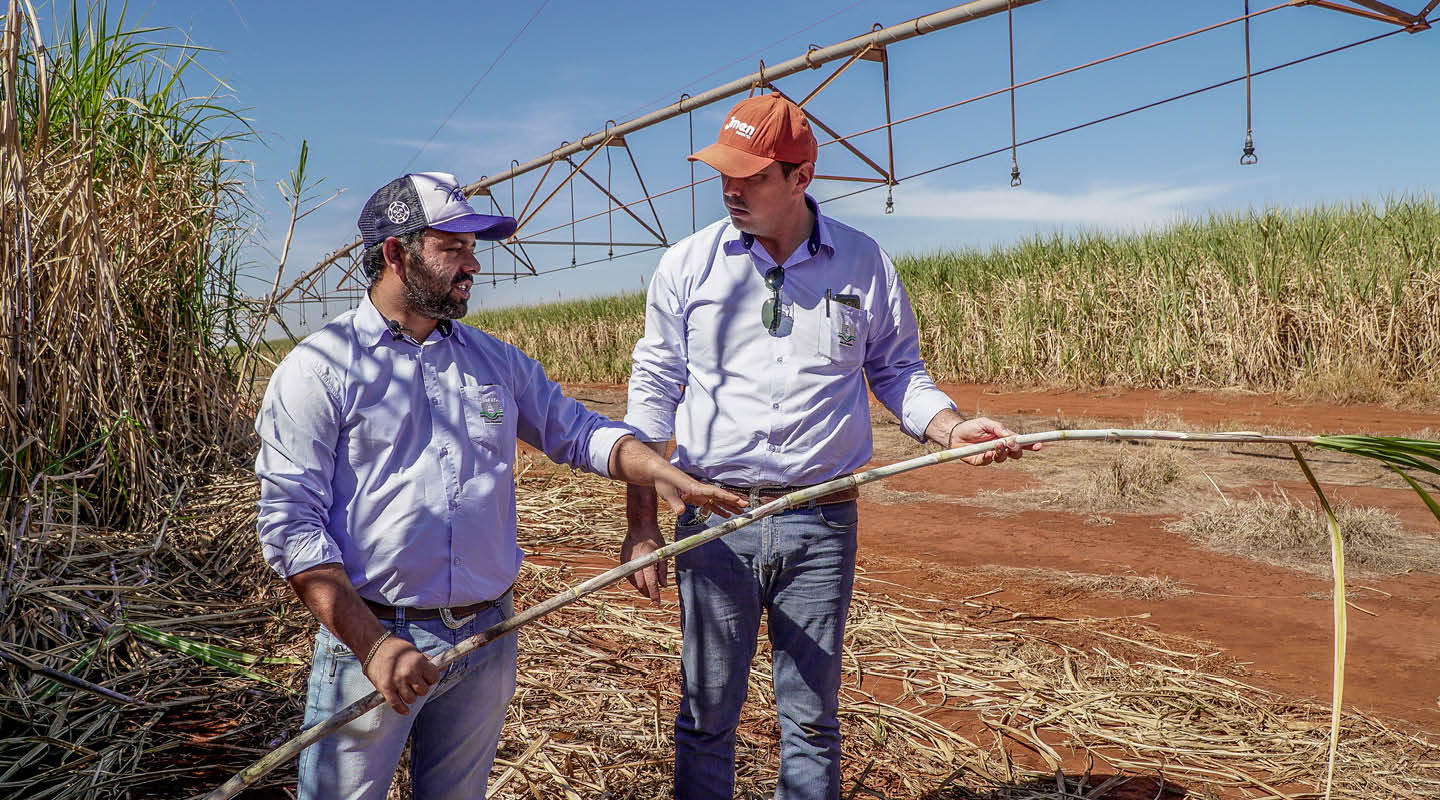 Leonardo Mendonça Tavares, Superintendent of the Vale do Verdão Group, agrees. "We are advocates of pivot-irrigated sugarcane. Among the benefits are superior productivity and greater cane field longevity,” he says.

The Vale do Verdão Grouphas four mills in the southwest Goiás, which process more than 8.5 million tons of sugarcane annually.

“We believe the returns in technology for this sector are a sure thing. We were able to increase production by at least 11 tons a hectare.”

“No Irrigation, No Cane”

The rule for planting sugarcane in the Minas Gerais region of Brazil is simple: “No irrigation, no cane.”

In the northern part of Minas Gerais, where the semi-arid climate is not favorable for growing sugarcane, the success achieved by Sada Bio Energia is especially notable.

The Sada group’s goal was to encourage social development in the area – literally to change the economic reality for the population. Now it employs 2,000 people and produces 750,000 tons of sugarcane per year with the help of 106 center pivots, including 96 from Valley® Irrigation.

"You do not plant a new area without having an irrigation system,” says plant manager Cristiane Correa Costa Cacique. In all, 8,300 hectares of their 14,000 total (34,500 acres) in the regions of Jaíba and Matias Cardoso are dedicated to sugarcane plantations. 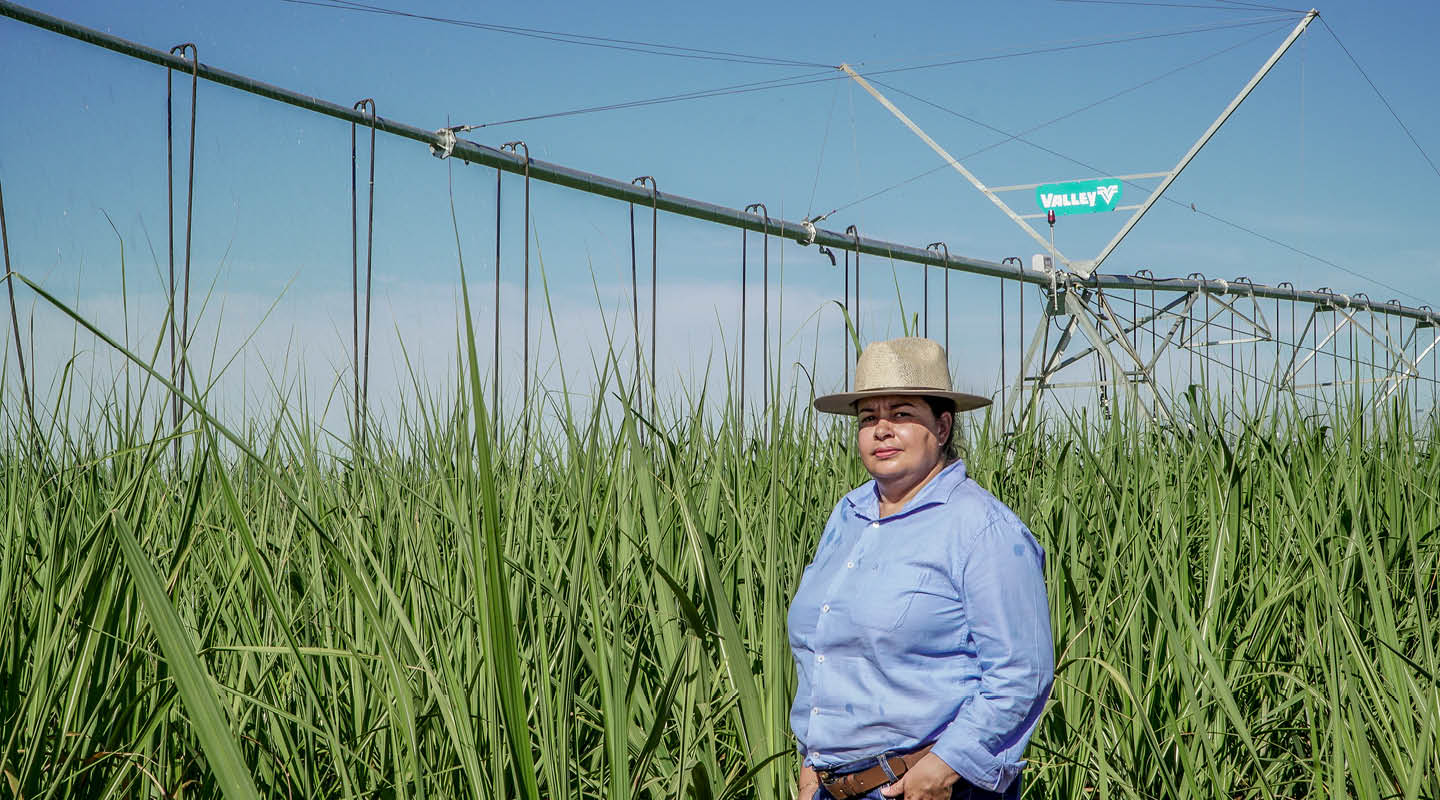 "The climate is increasingly unstable and unpredictable. You cannot depend only on natural conditions,” she says. “Irrigation is a way of reducing inherent climate risks.” The Sada group also uses their center pivots to apply nutrients in the form of wastewater.

Cacique adds that irrigation allows them to maximize the potential of various sugarcane varieties. "The most important tool to maximize sugarcane production is irrigation.”

Center Pivots: Better than Other Methods 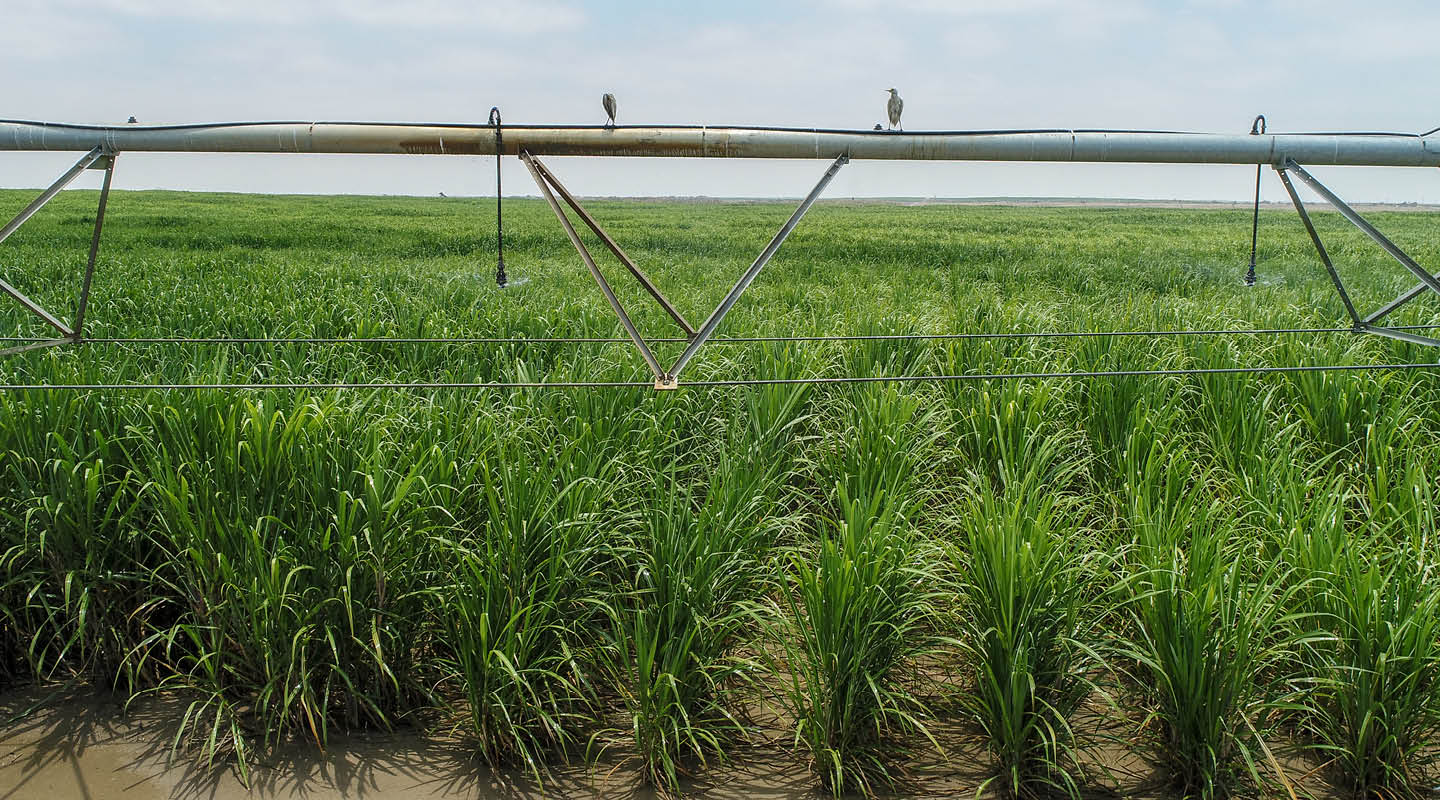 Center pivots have made irrigating easier and more efficient for growers around the world, saving labor costs, conserving resources and boosting yields.

“The high-tech irrigation possible with pivots allowed us to perform precision agriculture, save water (which has a high cost in our area), better apply fertilizer, and save on labor costs. All of these factors made us opt to use center pivots to irrigate our sugarcane fields.”

Valley Irrigation is the recognized leader in sugarcane irrigation worldwide. For more information about our expertise applying water efficiently to a variety of crops, contact your local Valley dealer.