Variable topography — hills, valleys, draws, mag rock, and bluffs — can make farming a challenge for many growers. Aaron Madison of Madison Ranches, Inc. in Hermiston, OR, has found a high-tech solution to this age-old problem: variable rate irrigation (VRI). Since implementing VRI, Madison has witnessed remarkable improvements in yields and irrigation efficiency, despite the challenging topography of his fields.

Since the early 1900s, the Madison family has been successfully farming along Butter Creek near Hermiston. Today, along with his brother, Jake, Aaron manages a little over 8,100 acres of irrigated ground and grows a variety of crops, including seed corn, onions, certified seed wheat and alfalfa.

One of the challenges Aaron has faced is differing elevations. “The first pivot that we grew alfalfa seed under had quite a bit of topographic variation,” says Aaron.

As all growers know, differing elevations can make it hard to achieve uniform irrigation. But with VRI, Aaron claims, “The ability to compensate for the slopes and drains was pretty valuable.”

Aaron had a number of issues he wanted to address with VRI. “Mostly we were trying to manage for uniformity in crop water stress. The first pivot that we purchased a Valley VRI zone control system for was the first field of alfalfa seed we had ever grown.” 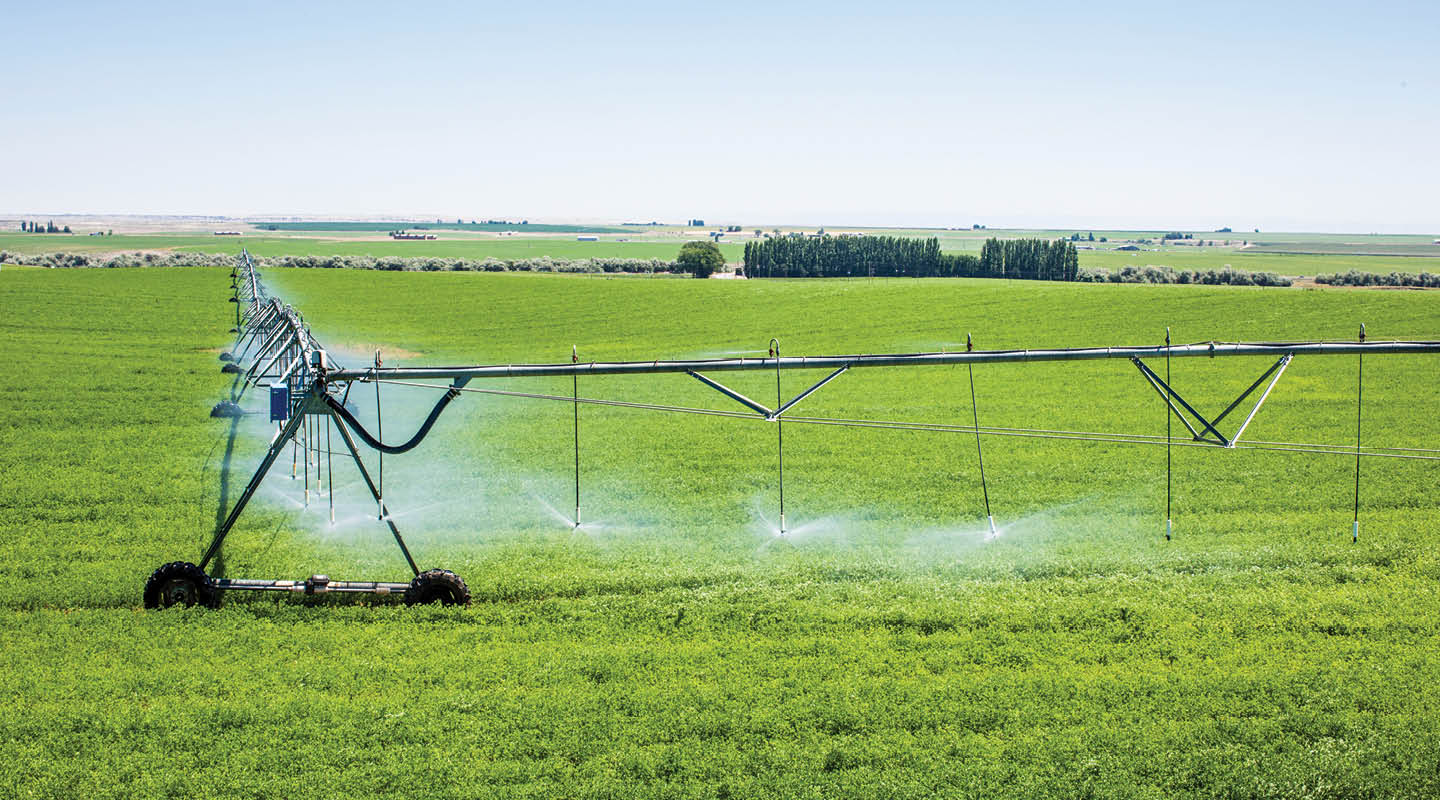 Valley VRI has helped the Madison ranch achieve uniformity in water application despite the varied topography of their fields.

With VRI zone control from Valley Irrigation, a grower can single out individual spots in the field and apply water accordingly. For instance, if one area contains a sandier soil, more water can be applied. If you’re dealing with a less absorbent, clay type soil, water can be applied at a slower application rate. Of course, VRI can also be adjusted to compensate for differing topography, to prevent run-off, and to avoid irrigating areas such as ditches or canals.

Since alfalfa is a deep-rooted perennial crop that faces ongoing water stress, moisture management is critical to proper growth. Often a slight difference in moisture levels between low and high spots can determine how early the crop switches from vegetative to reproductive states. On variable topography, it’s particularly critical to distribute the right amount of water on the higher and lower areas. Aaron explains, “The process is extremely time and moisture sensitive. The difference between a 300-pound crop and a 1,000-pound crop may be the right two inches of moisture applied during the right two or three weeks.”

For Aaron, switching to Valley VRI has had a significant impact.

“We grew alfalfa seed one year with just the standard irrigation setup of applying water uniformly, but the second year we ran it with the VRI system,” says Aaron. “Just from a visual indicator of field uniformity when we were growing alfalfa seed with the zone control system, the improvement was pretty dramatic.”

After seeing significant increases in last year’s yields, Aaron decided to double the number of pivots using VRI this spring. 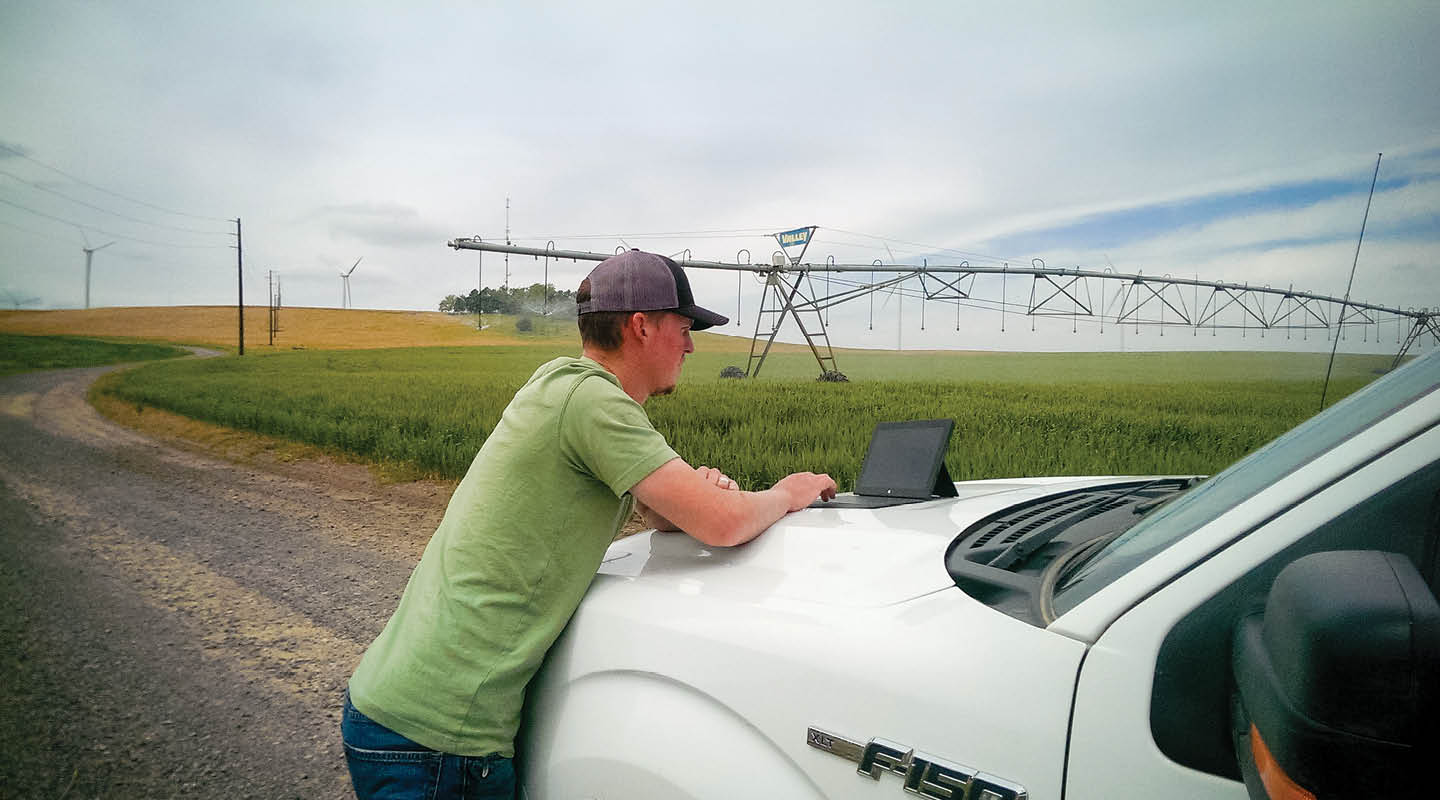 The dramatic improvement in yield using Variable Rate Irrigation prompted Aaron to add VRI to twice as many center pivots.

VRI is one of the latest technological upgrades available to progressive growers. If you’re interested in exploring new ways to improve crop growth and increase yields, VRI is worth a look.