Editor: This story originally ran in the July 2018 issue of Potato Grower Magazine.

It sounds like the ideal environment to irrigate potatoes with center pivots, right?

But did we mention his land is also at an elevation of 5,100-5,500 feet, and that some of his fields rest on inclines so steep trucks can't climb them?

Theirs is a close family operation, with Clen's daughter, Laura Pickard, managing the operation's potatoes, canola and wheat. His son-in-law, Clay Pickard, handles the hay and the cattle, and Clen's wife, Emma, manages their greenhouse, Ashton High-Tech Seed, and somehow finds time to serve on the Idaho State Board of Education. Atchley "tries to stay retired, but fills in when needed." The operation also has six dedicated full-time employees who have worked on the farm for decades and are an essential element in the farm's success.

“Our ground is close to the timberline and close to mountains, with a rolling base,” he says. “There’s 30 feet of soil some places, one foot in others.”

The Atchleys’ landscape might be more extreme than most, but they face the challenges common to all potato growers, like concerns about PVY. “Keeping disease readings low is important,” he says. “And, of course, you need the right price and a good growing season.”

The short growing season – the longer winters mean Atchley usually can’t even start until May 1 or later – means seed potatoes are the best option for him and most growers around him. “More seed potatoes are grown in Ashton than anywhere because of the short season,” he says.

“We keep the potato ground on a four- to eight-year rotation, which is beneficial for seed potatoes,” Atchley explains. They grow up to 300,000 sacks per year, selling primarily to other Idaho and Oregon potato growers. 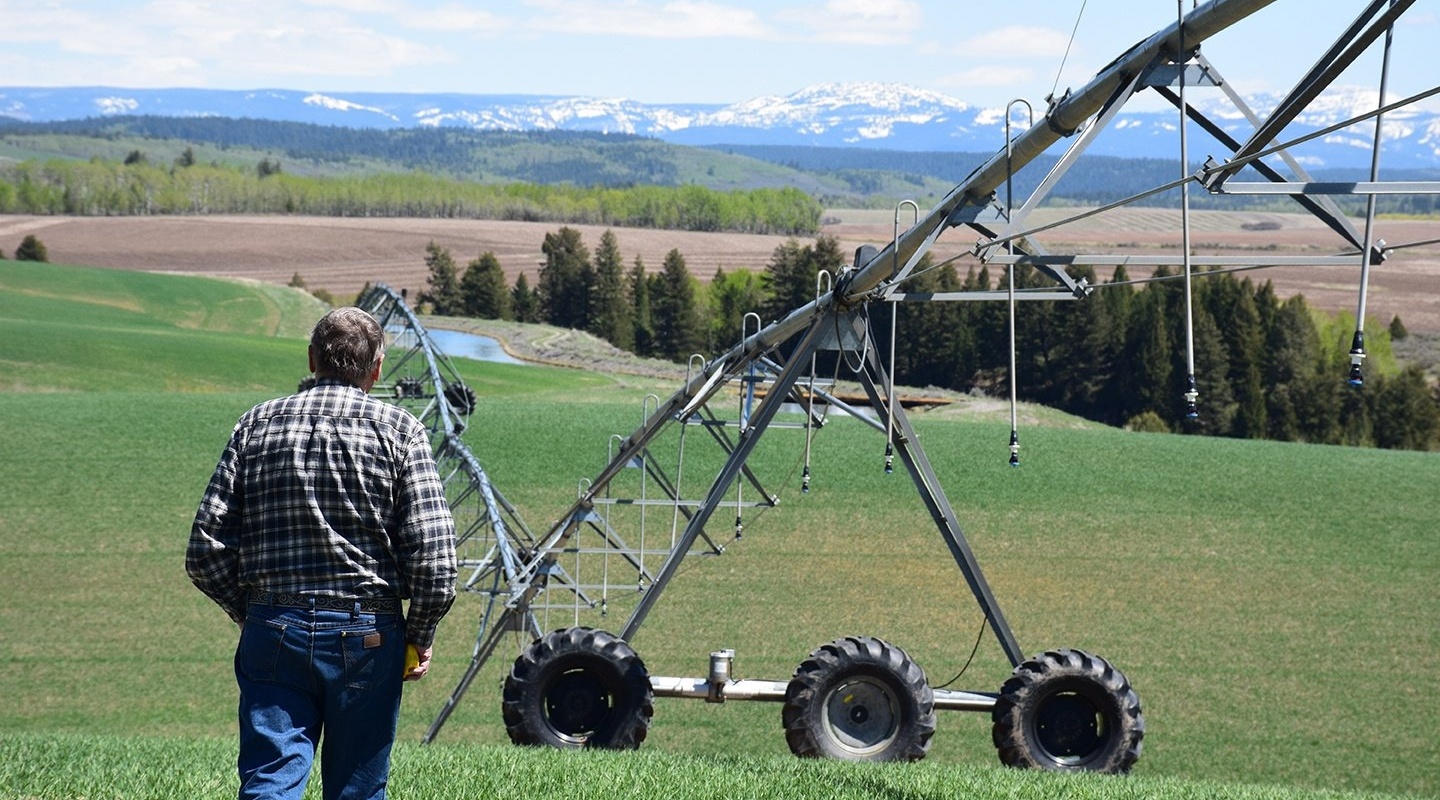 Atchley passes on the many lessons learned over his 48 years in farming, including those related to different methods of irrigation.

His grandfather homesteaded the land in 1901 but struggled to clear the volcanic rock. His father tried flood irrigation, but “it didn't take too long to figure out that didn’t work too well on hills.” The right amount of water is important to avoid runoff, Atchley explains. “Once an erosion line starts, you have to live with it for the summer.” Similarly, if the snow melts too fast, it can create gullies; the Atchleys create dams to help avoid that issue.

Atchley himself tried hand lines and wheel lines to irrigate his fields, but those weren't satisfactory, either, because those methods were too labor intensive and not responsive enough to the precise water application needs of potatoes, especially on steep inclines.

Now, Atchley’s operation has 30 center pivots from Valley® Irrigation irrigating 4,000 of his acres. “It took a few years to make ‘circles’ work on hills, too,” he admits with a chuckle. “Pivots can control the quality. As we learned how to use pivots, we could raise a better quality of potato, a prettier potato.” The quality and appearance is better, which as any potato grower can explain, makes the product more desirable to buyers.

The same gullies that spring runoff and hard rains can create are also a risk with pivot tracks, Clen says, “but if you keep the soil loosened up, it’s not generally a problem.” 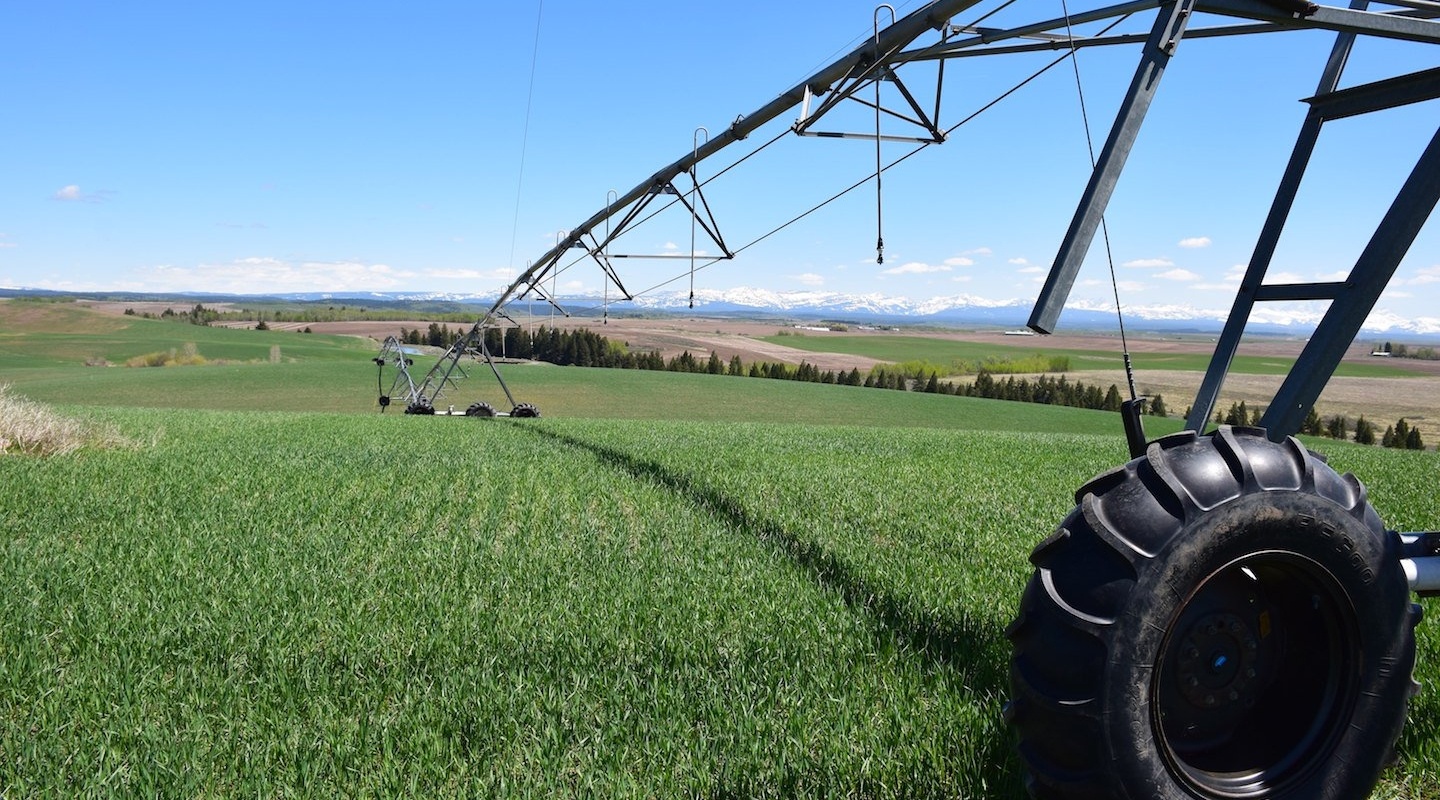 Attractive potatoes aside, the hills Atchley’s pivots have to climb can be ugly. “Some of them are at least 40 degrees,” Atchley says. In fact, their harvesting equipment doesn’t work going up the steepest hills. “We harvest going down on some fields.”

The pivots Atchley purchased in 1982 are still working perfectly. He worked with Trent Angell of Golden West Irrigation, a Valley dealer in Rexburg, Idaho, to modify his pivots. “We worked together to put three-wheel drives on the pivots that wouldn’t have the traction to handle the terrain.”

In addition, most of his pivots need spans of 146 feet and shorter because, Angell says, their undertrussing and nozzles would drag on longer spans as they went over hills. 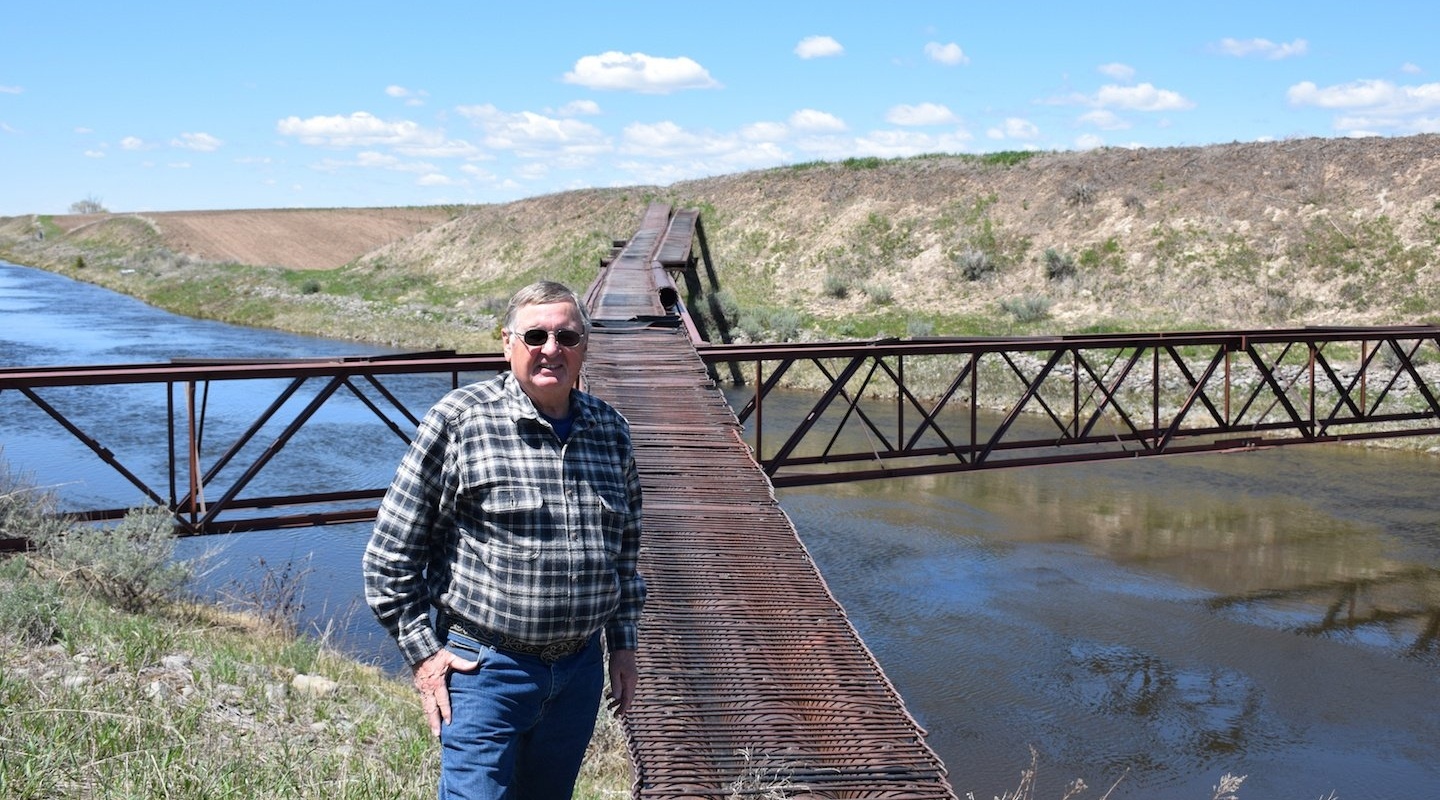 With a little engineering and help from his Valley dealer, Atchley has made his farm in southeastern Idaho a successful operation. Image by Tyrell Marchant, Potato Grower Magazine.

The Atchleys have made this hilly terrain in southeastern Idaho the ideal environment to grow potatoes with the help of Valley center pivots.

The angle of incline isn’t the only challenge Atchley’s operation faces due to the often-harsh landscape: one 120-foot bridge span crosses a deep canal. Another wades through a shallow lake, which “took a bit of engineering to make work.”

These factors could add up to potential difficulties and damaging downtime, so to monitor their pivots, Atchley’s operation employs remote management technology and GPS tracking. “We can check the pivots on computers and cell phones. New technology can be great.”

It’s also important to monitor the pivots because potatoes are as sensitive to too much water as they are to not enough. “Timing is critical, and poor irrigation can make a lot of off-type tubers,” Atchley says. “Laura is in charge of irrigation, and she seems to have it down as good as it gets. She understands potatoes and how to maximize production, despite all the meteorological and geological challenges.”

Angell sums it up best: “Clen is someone who knows what he wants. You do it right the first time – you don’t cut corners.”

Which is important, of course, when you’re irrigating in a circle on sharp slopes.