The 8th Wonder of the World: Center Pivots

Imagine a single company being able to produce enough food for more than 100,000 people per day. And not just a snack; we mean a full meal of tomato, onion, corn, soy, wheat, beans, green beans and pork. Not to mention coffee.

This agricultural power exists and is located in Alto Paranaíba, in the state of Minas Gerais, Brazil: DB Agricultura e Pecuária (DB Agriculture and Livestock).

The company’s founder, Décio Bruxel, is quiet and humble. He doesn’t want to reveal exact numbers such as the total volume of crops produced and the total area cultivated, but here are two facts he is willing to share:

DB didn’t start out so big, however. The secret to becoming one of the largest food producers in Brazil is in the dedication of its founder and his investment in technology. 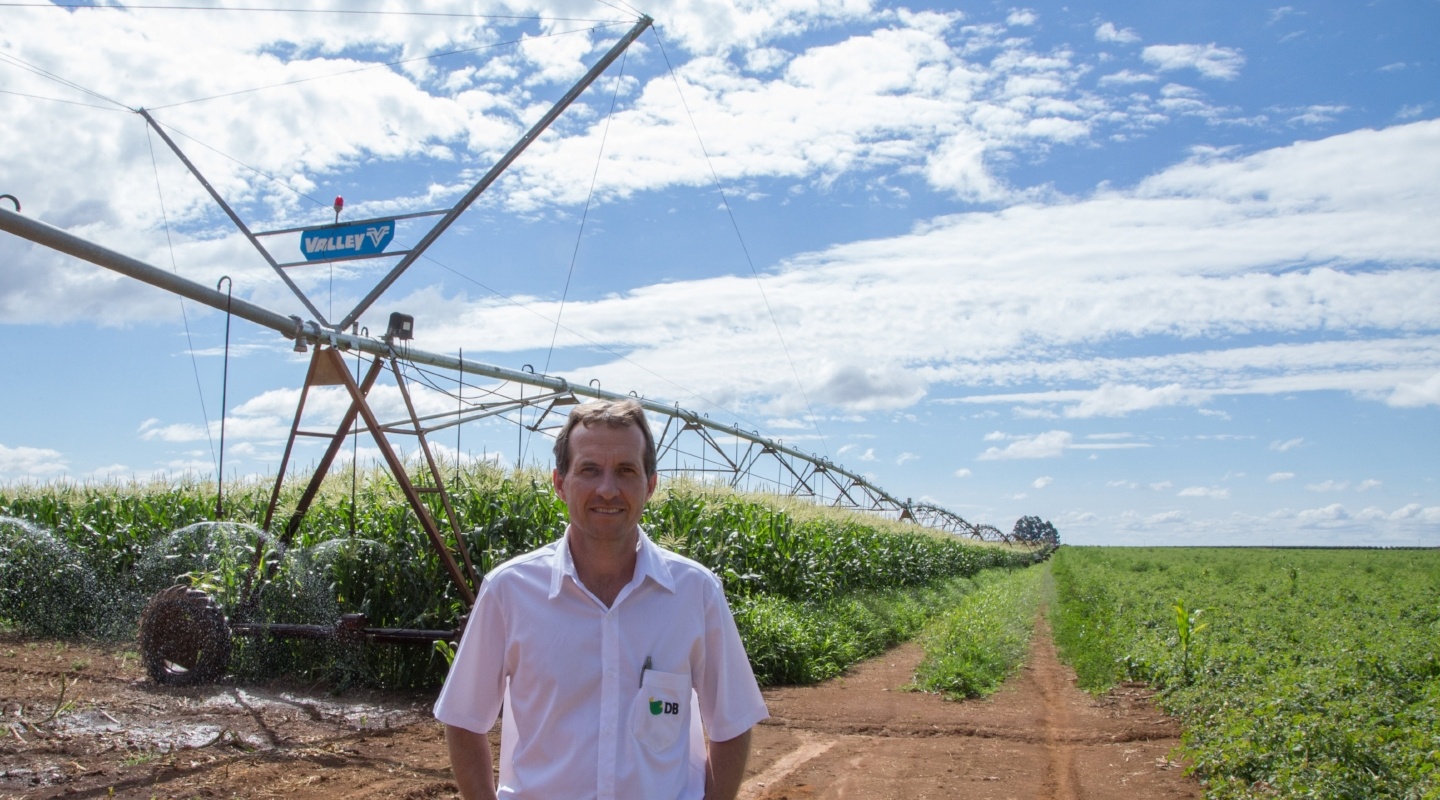 This story of success began 40 years ago, when Décio decided to leave his family in the south and pioneer part of “the cerrado,” a vast tropical savanna in inland Brazil. With his agronomy diploma (his greatest pride) in his hands, and lured by the promising geography for crops, he arrived in Patos de Minas, in the middle of the country.

In 1976, Decio invested in soy for his first 400 hectares (about 1,000 acres). It didn't take long to begin crop rotation with corn. From then on, the diversity and volume of production grew, with one important addition: center pivot irrigation.

Decio installed his first irrigation equipment from Valley® Irrigation in 1984. "I was a pioneer in installing the pivot in the region. I had a small area and the harvest was too risky. I had to make the investment," he says.

That investment continued during the following years. “It's double the safety: guarantee of production and guarantee of money well spent, because the equipment is very resistant to problems.”

There are 83 Valley pivots on the DB group properties today. "We need good technical support, and we've always received that,” Decio explains. “We have been testing the company's pivots for over 34 years. And that shows that they passed the tests, right? The quality is unquestionable."

Decio points out that the right amount of water at the right time makes all the difference. “The center pivot is the 8th wonder of the world," he says.

Irrigators are Environmentalists Who Feed the World 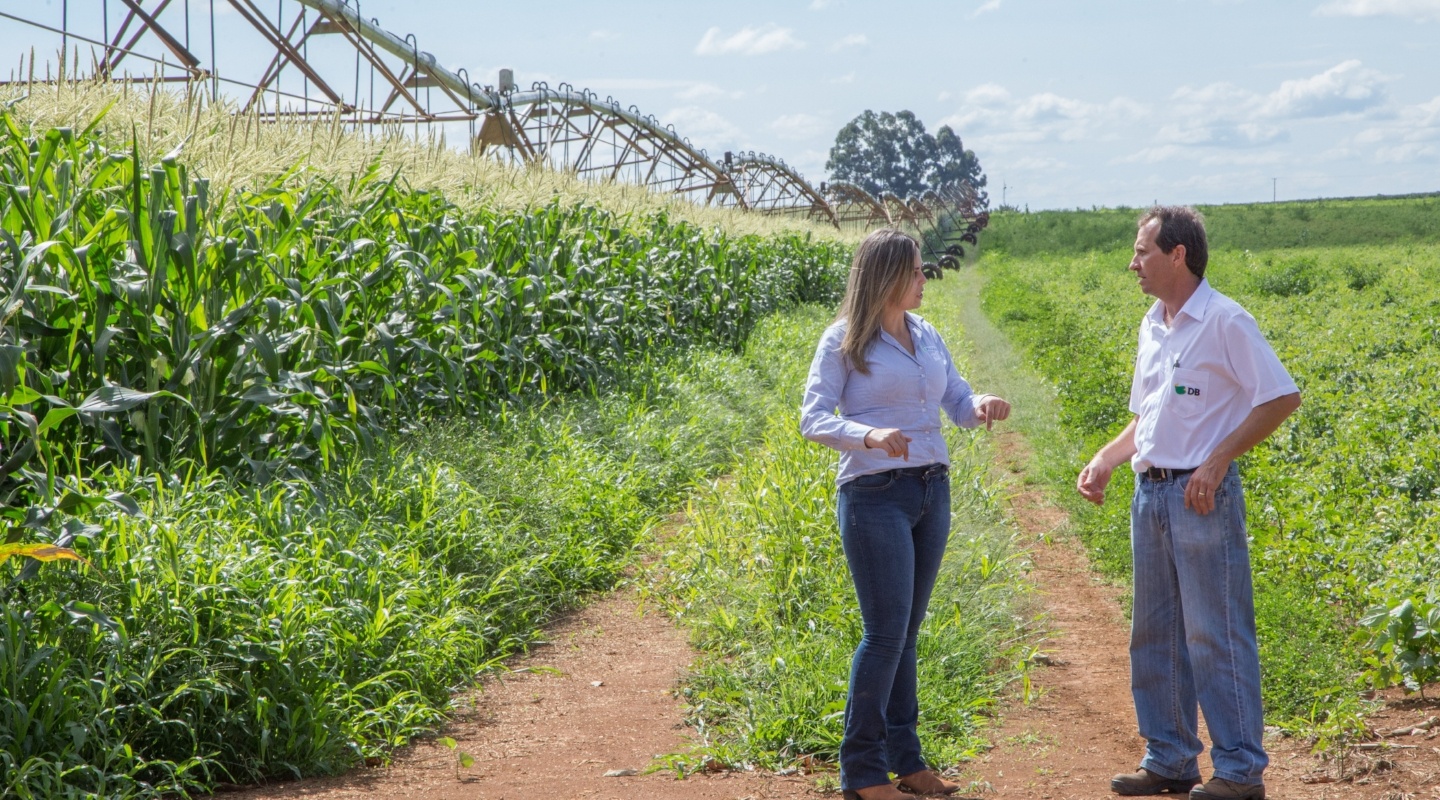 Today, DB Agriculture and Livestock employs 850 people and irrigates more land than its founder is willing to admit.

The entrepreneur points out that irrigation is what makes agriculture feasible. In addition, he believes there should be more incentives for farmers to have access to irrigation technology. "Those who irrigate are ‘water salvagers.’ After all, that water would end up going to the ocean, which already has enough, and it is being used to produce food. No one is more of an environmentalist than the producer," Decio says.

Odir Luis Heck, manager of one of DB's properties, where he has worked for 23 years, says that their farm “treasures” water. "It's paramount. So our staff uses it responsibly,” adding that they can monitor their irrigation systems remotely from their offices, thanks to Valley technology. "We are loyal to Valley because we trust the quality of the company's equipment.”

There are currently 850 employees like Odir directly employed by DB, and Decio shares credit for the company’s success with his large and competent team of collaborators.

Yet another secret to the achievements of DB is the watchful eye of the owner. Every day for 40 years, Bruxel inspects the crops, something common among farmers around the world. It’s the act of someone who loves what he does and proud of what he has built. "Each person thinks their profession is the best, and I'm not different. What makes me believe that is the question: ‘have you eaten today?’"

The answer comes to Decio from 100,000 people every day, and is again something that farmers around the world can also be proud of: “Yes, I have eaten today, thank you very much.”