From Peasant to Entrepreneur (An international success story)

Eliésio Rodrigues was raised with a hoe in his hand. He was only 9 years old when he started to work on the farms of Lagoa Formosa in Minas Gerais, a state – bigger than France – in southeastern Brazil.

He spent more than 15 years picking coffee and beans for someone else, all while sowing the seeds of the dream that he would be in charge of his own crop one day. That modest dream sprouted and eventually became ECR Agronegócios, a large agricultural company that today supplies food to all of Brazil.

It Began with Tomatoes 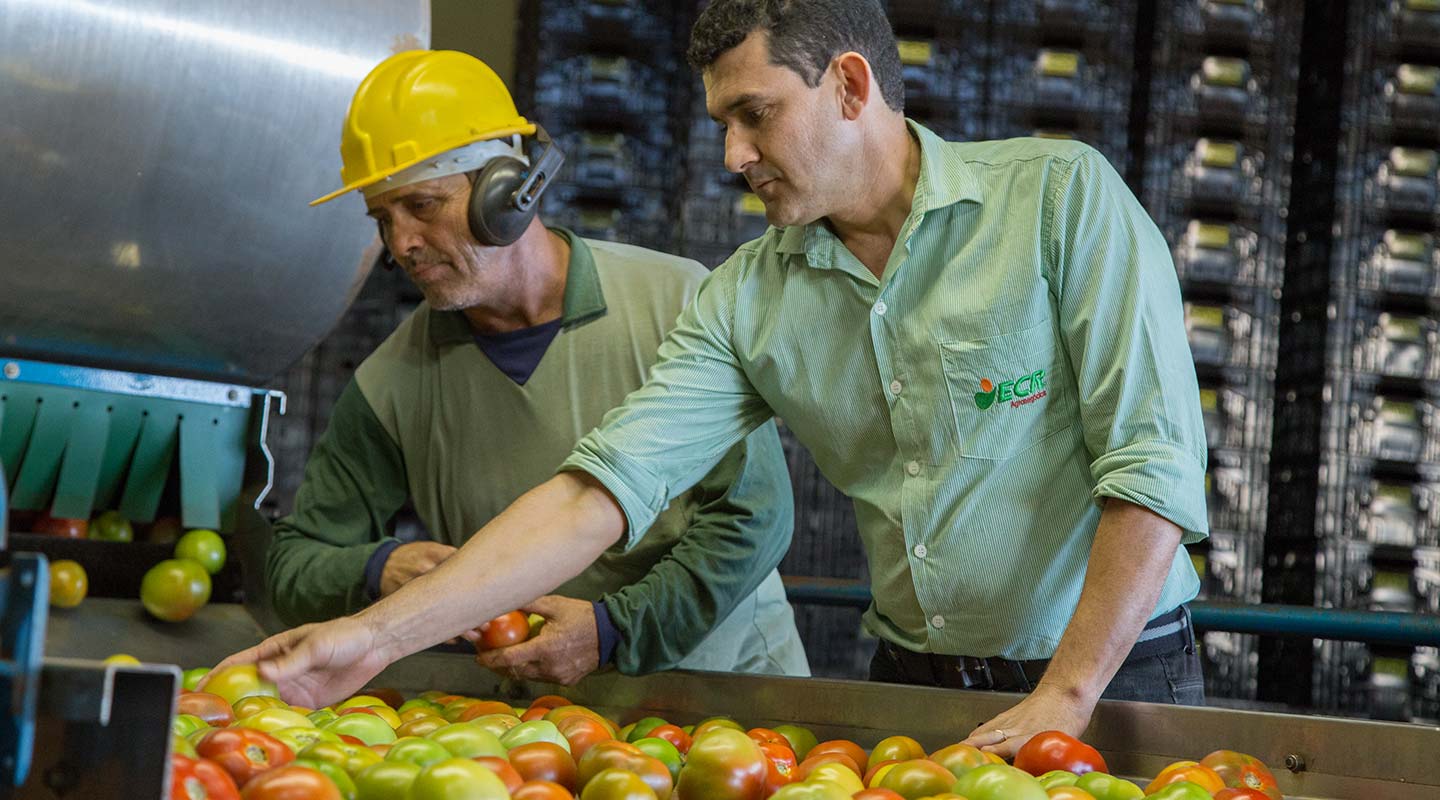 Eliésio’s story truly began to take shape in the year 2000. At the time, while still a farm laborer, he was able to invest in his own business: 350 tomato stems. Those tomatoes led to a small harvest that would clear the path for what is today a great empire: more than 2.5 million tomato stems and other crops. For example, ECR Agronegócios produces 11.5 tons of tomatoes and 10.5 tons of onions each year. The produce is shipped to all parts of Brazil, especially the southeastern and midwestern regions.

"I never imagined I would achieve all this," Eliésio says with a smile on his face and eyes shining with pride. At age 38, happy with everything he has achieved, he believes nothing happened by chance. "I know that everything is the fruit of a soldier ant's work … year after year and with everybody helping.” Annual growth is strong: 50% per year, ever since the company started.

The work at ECR is achieved with the support of a good team and especially that of his committed wife, Maria Isabel Rodrigues. "They say someone who gets their marriage right has more chances of getting their life right. And it is true. I had that luck with my companion," Eliésio says.

Center Pivot Irrigation: One of the Secrets of His Success 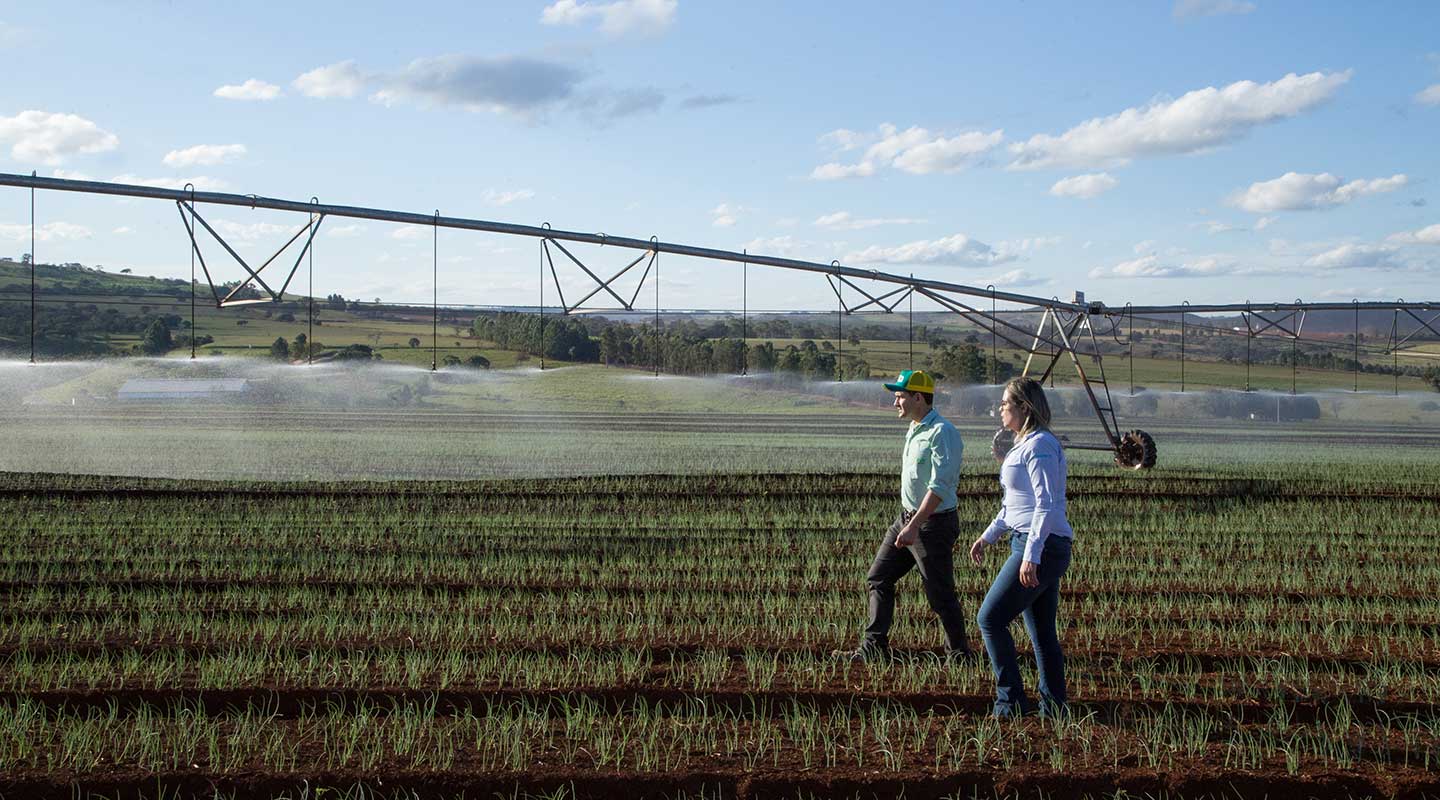 Center pivot irrigation can be used on any crop to boost yields and improve growth.

Currently, the "former peasant with pride," as Eliésio describes himself, directly employs 400 at ECR Agronegócios. One of them is Luiz Carlos dos Santos, in charge of managing the center pivots in some areas growing onions and corn. He says that Eliésio is a great boss who inspires his employees.

Advanced technology plays a major role in this modern agricultural success story, from picking to processing. And since his very first harvest, Eliésio has benefited from irrigation. “Without irrigation, my success story wouldn't exist,” he says. “Irrigation has been by my side since the very beginning. It's an insurance for the rural producer.”

Of the 5,000 hectares (more than 12,300 acres) planted by ECR Agronegócios, 85% are currently irrigated by 45 center pivots. Eliésio prefers center pivots from Valley® Irrigation for their industry-best durability. "Their equipment quality makes all the difference,” he says.

The crops ECR irrigates with Valley pivots include onions, beans, several kinds of corn, soybeans, wheat and, of course, tomatoes.

Nathália Godinho, an Agronomy Engineer who works at Pivodrip, a Valley dealer that serves Eliésio, says that the use of irrigation, in addition to ensuring positive results, enables production scaling. "The farmer is not left at the mercy of weather conditions. It's possible to offer water in the right amount for each stage of the crop,” she says, emphasizing that this scaling is very important to meet the needs of the market, especially in a populous and growing nation such as Brazil.

Eliésio is “able to supply quality products for his end consumers all year round," she says.

Who can resist being inspired by a story like his? Even now, when he speaks of it, Eliésio becomes emotional and reveals that his only plan is to continue planting and harvesting. “My greatest dream is to continue this work with seriousness and transparency. Then, as the saying goes ... the future belongs to God.”

If you would like to begin your own success story with center pivot irrigation, contact a Valley dealer near you today.