The McNeill family established their farm before Georgia was even a state. Seven generations later, Jess McNeill continues to farm the same land as his forefathers. He says farming is in his blood, and he appreciates the hard work and dedication of the generations that came before him.

“I wouldn’t be here farming if it wasn’t for those six men who came before me, especially my dad,” he says. “I am nothing without them. I am standing on their shoulders. I enjoy it and love it. We are not emotionally detached from the food and fiber we grow.”

In addition to respecting the past, McNeill has the foresight to prepare for the future. He doesn’t aspire to have the biggest, most successful farm in the region, but he does want to provide a good life for his young family and pass along a viable business to his sons if they decide to carry on the family tradition.

That’s one of the reasons he relies on the irrigation technology recommended by Valley® Irrigation dealer Blake Reid of Reid Brothers Irrigation.

“Blake is the most solutions-minded dealer I’ve ever met,” McNeill says. “He’s not a salesman. He is trying to make our lives easier and make sure we put our money in the right place. I trust him, and I’ve told him if he thinks we should have something, we’ll buy it.”

The strong relationship between grower and dealer is another McNeill tradition. Reid says his father and McNeill’s father also worked together. Today, the younger generation is making use of more advanced technology.

Getting More Efficient with Technology 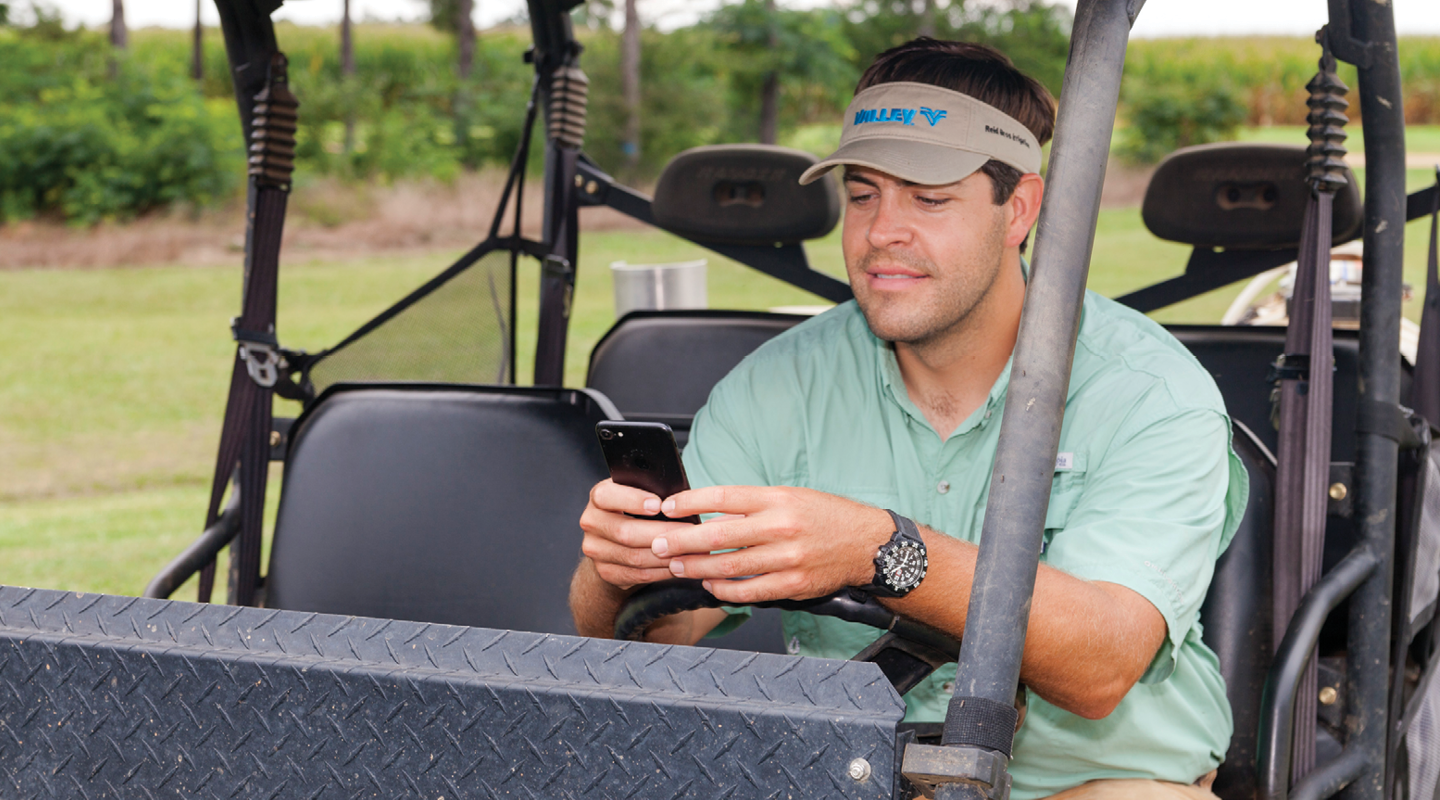 McNeill has Valley center pivots on the land he owns, and he relies on efficient irrigation technology to keep costs down.

“Our margins are getting pinched more every year, so we’ve got to keep getting more efficient,” he explains. “One person has to be able to do more than in the past. We don’t have enough margin to be left behind.”

That’s why he embraces the irrigation management that Reid recommends.

“Jess jumped right into technology, especially using AgSense® remote telemetry,” says Reid. “He installed Valley ICONX smart control panels on about half of his existing center pivots, and that’s given him a lot more time with his family.”

The Valley ICONX control panel takes control of any existing panel, using that panel’s circuits. It’s equipped with GPS and AgSense ICON Link to easily bring it into the AgSense network. McNeill also has the option to take control at the pivot point with a full-color, five-inch touchscreen display.

“It was some of the best money I’ve ever spent,” says McNeill. “Our Valley control panels weren’t old by any means, but by putting Valley ICON® panels on and using AgSense to manage my pivots, I save money on gas and labor. I can check on my pivots from anyplace, and I save tons of time.”

Using AgSense remote telemetry also saves time when he’s out in the field, because he can move his pivots from any location.

“I can be on a tractor or a sprayer, and if I get a call from someone in a different field, I can just move the pivot for him from my phone,” he says. “If you add up the minutes I’m saving over the course of the growing season, it probably adds up to more than a day that I can spend with my family.”

Staying Ahead of Water Regulations 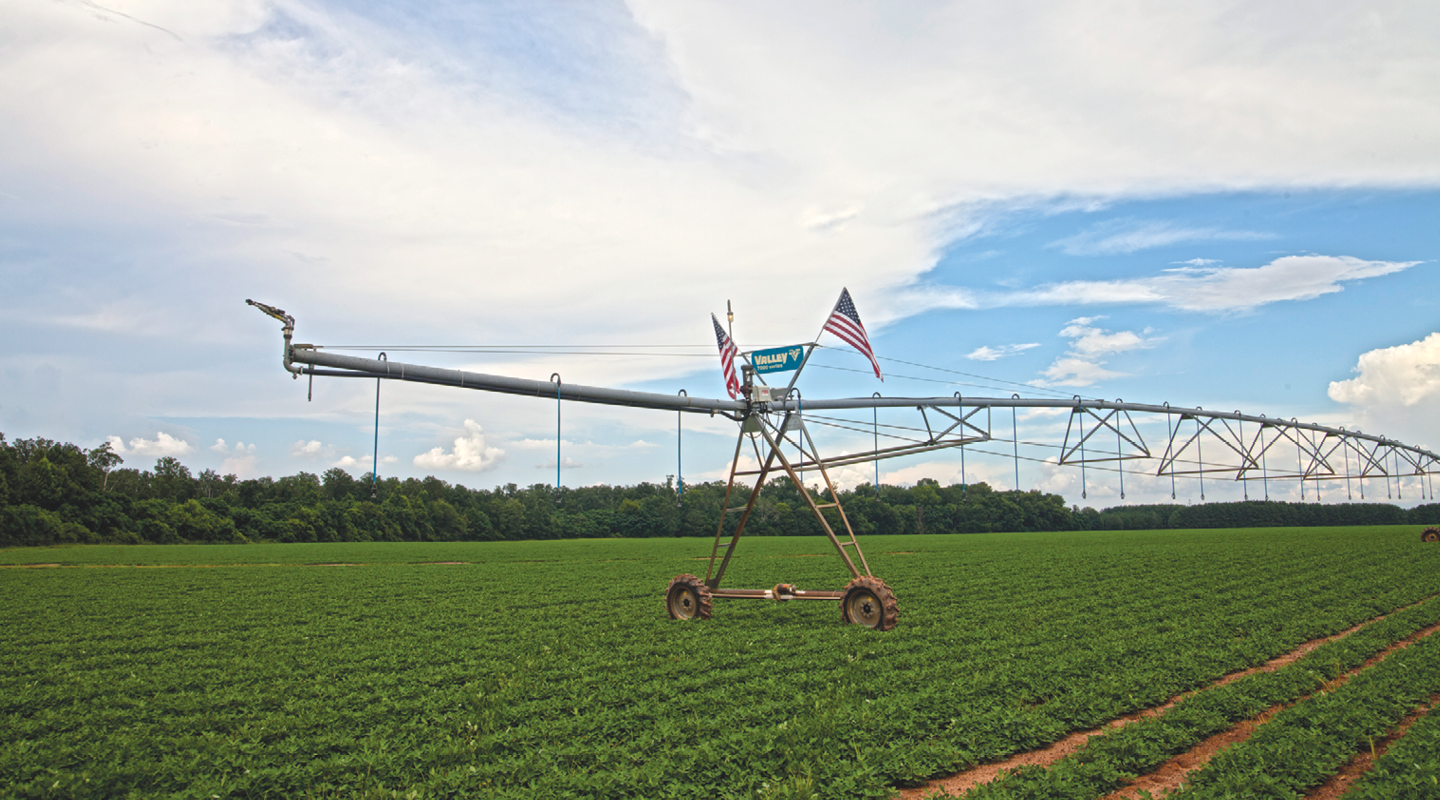 Operating 16 pivots is a tall order, but ICON smart panels with AgSense built in keep the McNeil operation running smoothly.

McNeill says that although Georgia has fairly relaxed water regulations now, he expects that to change in the near future.

“I’m preparing for that day. I want to be at the tip of the spear with technology, so I can track my water usage,” he says. “When the day comes that we have tightened regulations, I’ll be prepared.”

Continuing to Add Pivots and Technology 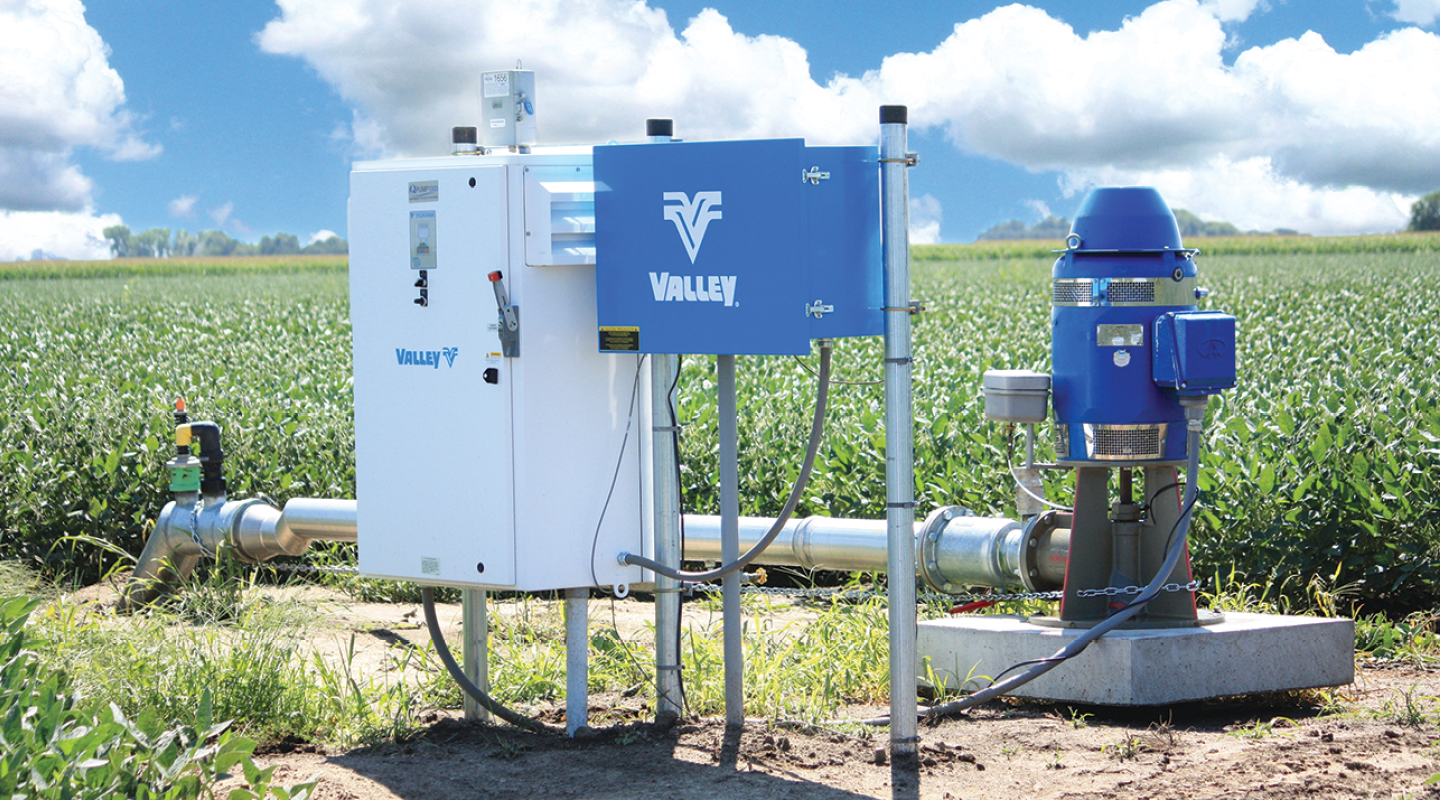 Variable frequency pumps allow growers like McNeill to save money yet keep up with the demands of water application.

Most of the fields on McNeill’s farm are irregularly shaped. The largest center pivot covers 95 acres, and the smallest covers just 25 acres. “In all, we have 16 center pivots covering about 800 acres of land,” he says, “and we’ll have four more coming online on some rented land very soon.”

In addition to farming his own land, McNeill rents from neighboring landowners. One neighbor, who rents about 250 acres to McNeill, is letting him install center pivots on the land. After the current growing season, McNeill will have Reid install four more center pivots with Valley ICON5 smart panels, along with variable frequency drive (VFD) pumps on two more wells.

“We’re fairly new to VFD technology,” he says, “though we do have one on some other rented land. We generally pump 600 to 1,000 gallons per minute on our current wells, so it will be interesting to work with these new pumps. It should save us some money in the long run.”

To learn more about how Valley ICON smart panels with AgSense inside can help your growing operation, contact your local Valley dealer now.